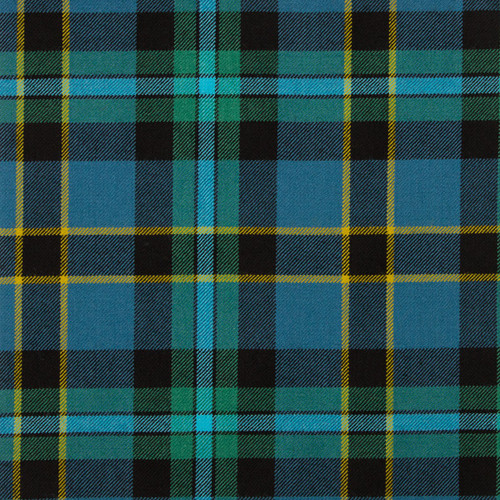 Ancient Weir Medium Weight Tartan. The name Weir has connection's with several Clans. The MacNairs of Cowal, Argyllshire, Anglicized their name as Weir and were themselves a sept of MacNaughtons. Similarly a family of MacAndeoirs from Lochgoilside, also changed their name to Weir. They were a sept of the Buchanan Clan. It has also been suggested that the MacNiders, whose name is Gaelic for Son of the Weaver, changed their name to Weaver and then to Weir. In this case the clan is MacFarlane.