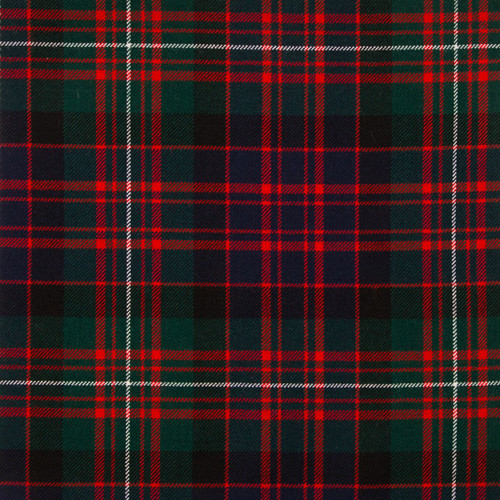 MacDonald (now MacDonell) of Glengarry shares the same origin as MacDonald of Clanranald, being sprung from Ranald, son of John, 1st Lord of the Isles. In 1427, the lands of Glengarry reverted to the Crown, after which the MacDonalds occupied them as Crown tenants. During the 16th and 17th centuries, these MacDonalds and the MacKenzies were in almost constant feud. The 9th Chief fought with Montrose, was forfeited, but created Lord MacDonell of Aros at the Restoration. The 11th Chief fought at Killiecrankie and at Sheriffmuir, and the Clan produced a regiment of 600 men to fight for Prince Charles Edward. Alasdair Ronaldson MacDonell was the last typical Highland chief, living in feudal state. A friend of Sir Walter Scott, at his death the heavily mortgaged estates had to be sold.
Badge Ð Purple Heather.