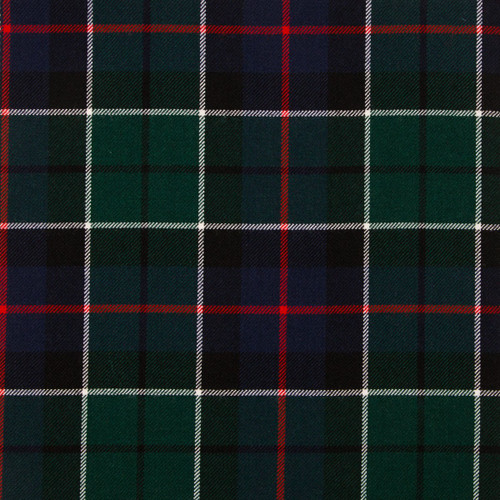 Modern Leslie Green Medium Weight Tartan. The Barony of Leslie in Aberdeenshire came into the possession of this family in the 12th century. Sir Andrew Leslie was created Earl of Rothes by King James II of Scotland. This Sir Andrew signed the letter of 1329 to the Pope asserting the Independence of Scotland. George, the 3rd Earl, was involved in the murder of Cardinal Beaton. John, 7th Earl, supported King Charles II, and after the Restoration was High Treasurer and Captain of the Scottish Life Guards. He was created Duke of Rothes in 1680. His grandson, John, succeeded him as Earl of Rothes. Sir Andrew Leslie, created Earl of Leven in 1641, was a Field Marshal under Gustavus Adolphus.