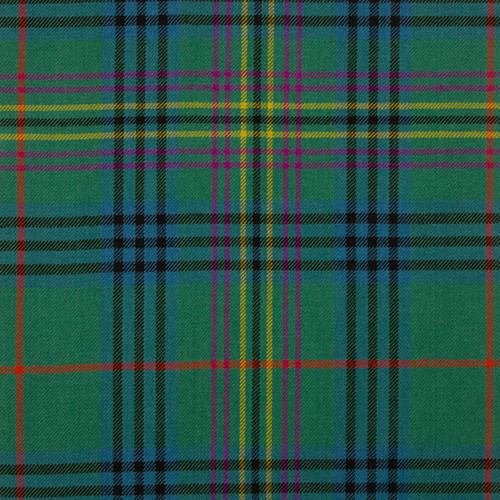 Ancient Kennedy Medium Weight Tartan. The Clan Kennedy are an ancient family and were settled in Galloway in the 12th century. They descended from the first Earl of Carrick. The Kennedies of Dunure, by marriage, became the chief family. Gilbert Kennedy of Dunure, who was one of the six Regents of Scotland during the minority of King James III, was created Lord Kennedy in 1457. The 3rd Lord was made Earl of Cassillis in 1389. The 12th Earl was created Baron Ailsa in 1806, and in 1836 Marquess of Ailsa. The Kennedies of Lochaber and the north claim descent from Ulric Kennedy, who fled from Ayrshire and settled in Lochaber. They are known as Clan Ulric.