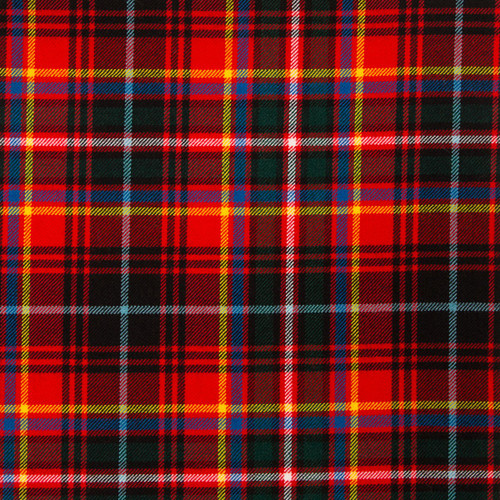 Modern Innes Red Medium Weight Tartan. This Clan was to be found in Moray as early as the 12th century. Malcolm IV granted a charter of the lands of Innes to Berowald in 1160. the name Innes was adopted by his grandson. Robert, the 20th Chief of the Innes Clan, was created a Baronet in 1625. In 1767 the lands of Innes were sold by Sir James, 6th Baronet, to the Earl of Fife. On the death of the 4th Duke of Roxburgh, Sir James claimed and was granted the Scottish titles of that family. He assumed the name Ker and became the 5th Duke of Roxburgh. James, the 6th Duke, was created Earl Innes.