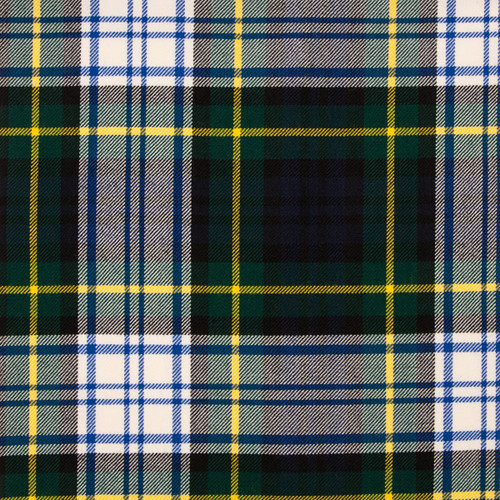 Modern Gordon Dress Medium Weight Tartan. First recorded in Berwickshire in the 12th century, the Clan Gordon have, since the 14th century, been associated with Aberdeenshire. Sir Adam (Lord of Gordon) was given the Lordship of Strathbogie by King Robert the Bruce for services in battle. As a clan they were powerful and waged war against neighbouring clans, and their chief was called "The Cock of the North