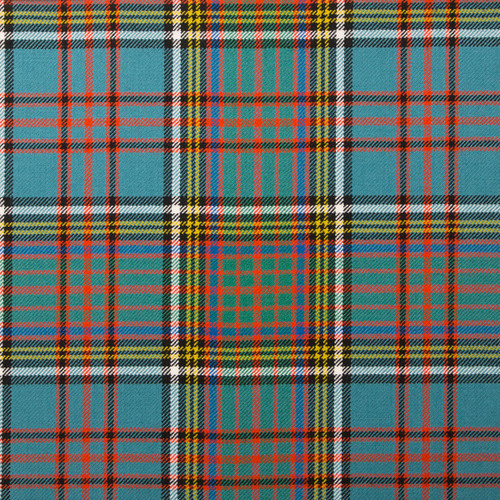 Ancient Anderson Light Weight Tartan. Now fairly common throughout Scotland the name Anderson is first recorded in Peebles and Dumfries during the later 13th century. Thereafter there were families of the name in Edinburgh, Aberdeen and Banffshire, and amongst the oldest branches are those of Downhill, Westerbreck and Candacraig. In the Highlands the name takes the form MacAndrew which like Anderson, means.