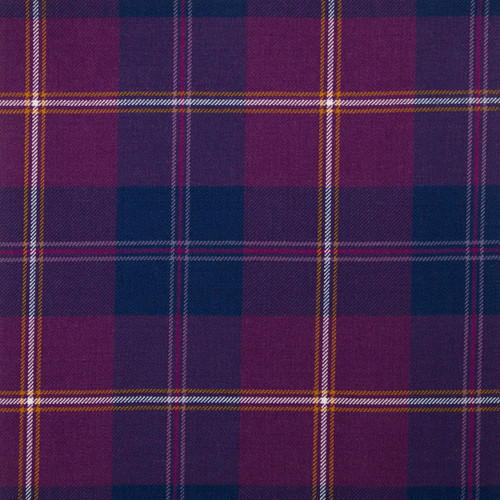 The name Gretna Green evokes images of history and romance. Gretna Green became famous for runaway marriages when "irregular" marriages were banned by law in England in 1753. Couples were able to run to Scotland and become legally married by proclamation in front of two witnesses. This form of marriage was recognised worldwide. From the middle of the 18th century these marriages were in such demand that the blacksmith, conveniently situated on the crossroads at Gretna Green, became known as the "anvil priest", giving birth to the anvil as the symbol of Gretna Green. Many couples are still married at the original smithy while many others, although married elsewhere, visit Gretna Green to take the traditional Scottish oath. The Gretna Green tartan reflects the twin influences of this history and that of the powerful border clan Johnstone, so influential in this area of Dumfriesshire, on which this tartan is based.