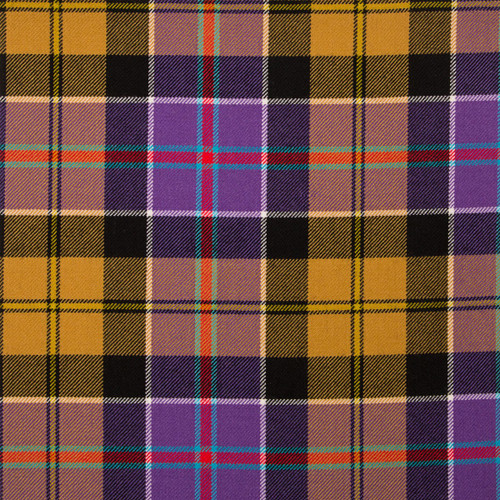 Ancient Culloden Medium Weight Tartan. For several generations before the Battle of Culloden on 16th April 1746, many Scots served in the French armies, binding more closely the link between the two countries known as "The Auld Alliance. " After the battle, the body of a young French officer was found with his Scottish comrades who lost their lives on that disastrous day for Bonnie Prince Charlie. The body was clad in a coat of unknown tartan of varied and gay colours beautifully blended. Whether this tartan was his own design or of an ancestor will never be known. It is quite possible he fought alongside an uncle of James McGill, founder of McGill University who escaped to Ireland. The unknown tartan called "Culloden" has been faithfully reproduced by "Lochcarron" from a fabric of the original coat, reminding us for all time of the gallant Frenchman who sacrificed his life for a lost cause.

4 Casual Kilt made with Customers Cloth